So are you making the stage a console-type of thing?

Wow those rings are intense. Maybe the lighter zebra-coloring tint would be better?

So are you making the stage a console-type of thing?

Yes. You should have seen the screenshot I posted in the original topic.

No, no, the art has nothing to do with opals.

I was hoping you could use the code in the PASTE ON block in Pen.

Maybe. But look at the code for the logo, in gui.js, where

is. It's hard-copied, "to avoid tainting the world canvas".

Wow those rings are intense. Maybe the lighter zebra-coloring tint would be better?

"to avoid tainting the world canvas"

Ah. Jens rants about this "tainting" business periodically but I thought it only had to do with vector images.

In my "scratch pfp" project, I had to have the sprite switch to the turtle costume when the green flag was pressed to keep that

The picture you wish to import has been
tainted by a restrictive cross-origin policy
making it unusable for costumes in Snap!.

Try downloading this picture first to your
computer, and import it from there.

I'm not sure. I think it was a .png, but I'd have to go to the Minecraft wiki where I got it. (It's an isometric view of a warped wart block, that I chose after I chose WarpedWartWars as my nickname.) 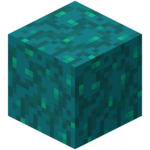 Edit 2: And it was happening with all Scratch profile pics that I tested.

PS I don't know why you'd get that error message from a png. Maybe somebody smarter than I will reply...

Hi!
In nothing smarter .. but I try to comment on something ..

It is not a "png" issue, it's about CORS (Cross-Origin Resource Sharing).

Firs of all, I guess you see the "workaround" (the IDE message point to this). Just download those pictures to your computer, and then, upload them to Snap! with no problems.

And why? Because you are "dragging and dropping" a resource from another domain, and if that domain has not CORS allowed (this is the case), you can't do this (do programmatic things with content of other domains in your domain). It is a security feature (to prevent phishing attacks)

This issue can appear by doing other actions (with sounds, using the url block ...). We need to know about this, and about "using directly" web content.

Another thing (we can think about this) is about our forum CORS. We will do (think about) it!

Oh, right, now that I re-read the error message I see that it does say "cross-origin." I was too focused on "tainted," which has a special meaning for vector pictures.

I mentioned pyblocks, a Snap!-inspired interface to Python that I would make in the future:

None that I can think of. It's more just for the challenge. In fact, I might port it to Python as "pyblocks".

Plus, I want to make pyblocks a Snap!-like interface to Python.

I'm wondering where I could post a (temporary) topic for it.

I have an Idea for a music maker collab but because of Snap!'s extreme lag, it would probably lag out when 10% of it is done.

What does that have to do with Text-Based Snap! or pyblocks?

I was asking @bh that. Do you know it?

Edit: Except I'm currently looking at scratcharchive.asun.co too much, so it'll be delayed.