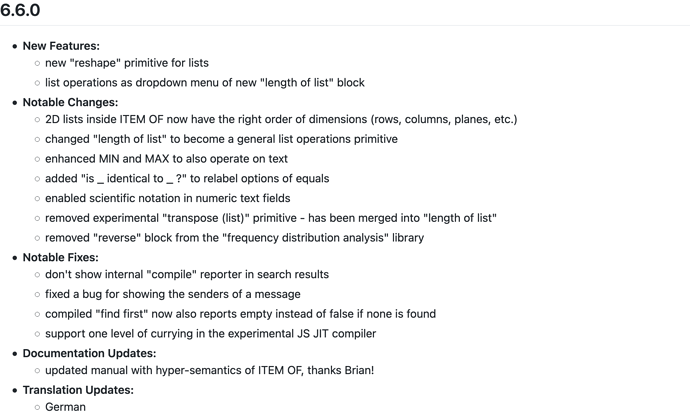 which takes a 2d list and makes it a certain number of rows and columns.
this block:

and that block has the reverse option in it, so the reverse block has been removed from the frequency distribution analysis library. (but for some reason it's still in the list utilities library). when the

is compiled, the block reports an empty list instead of false if none of the items match the condition. also, you can relabel

, and the other relabel options for 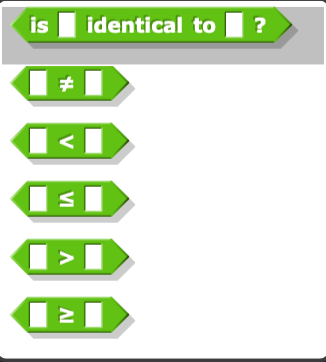 Wait, so what will happen with old length blocks? Will they be converted to new ones or will they just stay there and be considered "hidden" blocks?

they will be converted to the new one.

When a new version is launched - any running instances are untouched.

Yes, this was just a coincidence; the new version was working until a failure of the back end somewhat later than the 6.6 install.

Jens forgot to make them a string/any type input.