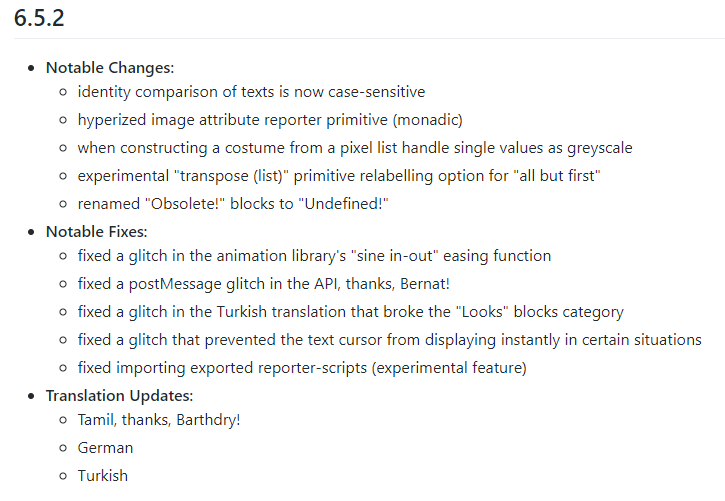 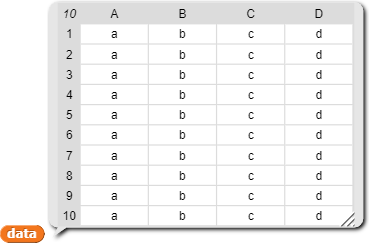 Also, this block is case-sensitive now 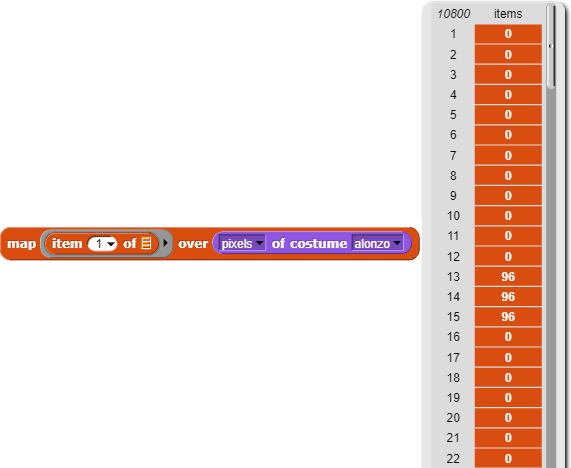 i'm very happy the is identical block is case sensitive.

Yeah, some users have been clamoring for = to be case sensitive, which will happen over my dead body, so we did this to make everyone happy.

(Well, now everyone will want things like the contains block to let you choose what kind of comparison to do. Maybe someday we'll have a relabel option to turn contains into case sensitive contains or something.)

Nice, I know some people for some reason just love case sensitivity

Also these other updates look cool but I'm nowhere near smart enough to figure them out..

but I'm nowhere near smart enough to figure them out..

Sure you are. If you have a table, a matrix, a spreadsheet -- anything two-dimensional -- you can exchange rows and columns, from

This is useful because we represent 2D data structures as lists of lists, where each sublist is a row. So it's easier to manipulate rows than columns. So if you want columns, you work with the transpose of your data.

what happens if i transpose a transposed 2d list?

Just reports the same list again. Although, if the list has lists with inequal amounts of items, it fills them in:
before