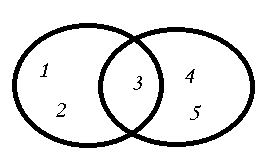 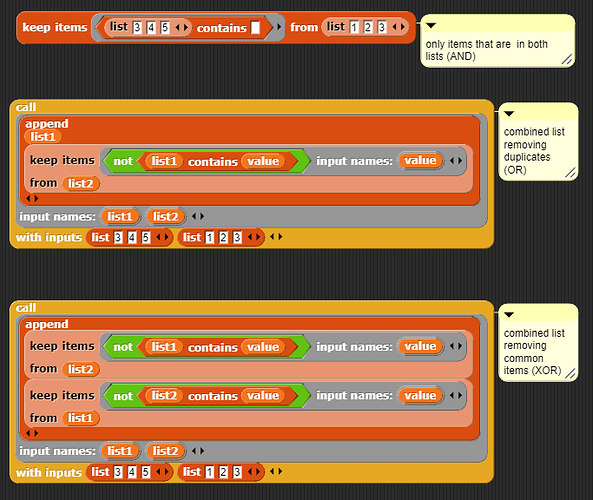 Your OR, AND, and XOR list operations are brilliant; thanks for sharing them, Simon!

This is all terrific, but I have a nit to pick about the terminology. "And," "or," etc. are Boolean operators, whose domain and range are Booleans (True and False). All the functions in this thread are set operators, so they should be called intersection and union respectively. (I don't know a name for the set operation analogous to xor, though. The typical third set operator is set difference, A−(A⋂B), the elements of A not also in B. So I guess your xor operation would be represented in set theory as
(A−B) ⋃ (B−A).

the first version is ok for my project but:

Sets have unique, unordered members. These lists are not sets and the function is not a set operation. So there is no proper way, and function can be defined as you like.

As I said earlier, the first version is compatible with my project, it was just a question I was wondering ...

Thank you @cymplecy for your time

In that case, don't use a general-purpose set intersection. The whole point of MY NEIGHBORS is that it reports a small set of sprites for further filtering. You defeat that purpose if you also generate MY CLONES and traverse both lists. Just do
KEEP <is this my clone?> FROM (MY NEIGHBORS)