Has anyone made/ is there a rotate list reporter

You probably took for granted that it is crystal clear

As far as highlighting hyperisation going on - I think back to when I first used the + in Python.

If the data is numbers - then + adds them together

But if the data is strings, then it concatenates them! Witchcraft I shouted!!!!!!

So I've managed to perform the same mental approach to hyperblocks - if one of the inputs is a list then the + will add the other input to each value of the list and return a new list.

it's the same block! There is no "normal" and "hyperized" version. If you use an operator on a list it will now "just work" instead of throwing an error (as it used to). That's really the whole secret.

Sorry, I have not expressed myself with enough precision.

I do understand it is the same block, what I am trying to suggest is that the same block can be highlighted differently when it is used on a list. Or would that be too hard to implement?

well, how would I know what a function returns or which value a variable might end up having?

Maybe a workaround is to make your own block? 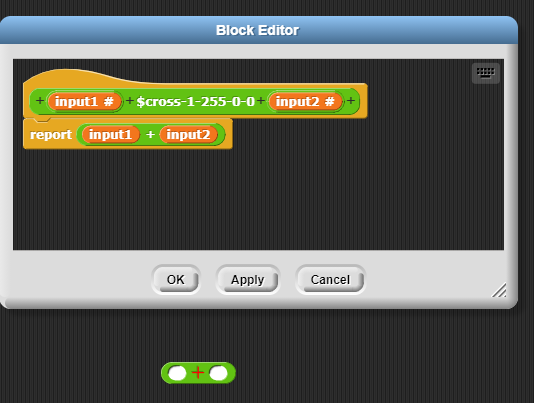 It is me - being shortsighted both physically and mentally - who should say "I'm soo not worthy"; certainly not you as you did above.

Yes, you absolutely can not know that some value is a list if it is a result of some previous calculations.

But what about the simple cases, such as above with the 'numbers from N to M's block, when you do know that something is a list, at least in these cases it would not be impossible?

No other block changes its appearance based on its inputs, so I think it would require a fundamental Snap! design change - which I think isn't going to happen.

No other block changes its appearance based on its inputs

Your argument is a very strong one; stronger than any of my possible counter-arguments. 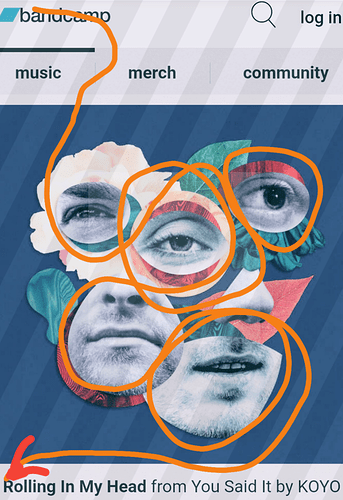 20201011_214609880×1280 888 KB
...what if your argument nevertheless has a weak spot. You said: "No other block does it" but this is not about any other block, it's about a very special kind of use being applied to a data, similarly to how Jens is by no means just another developer, or, as a kid recently refered to him, 'yet another forum moderator'.

I'm not sure why this ambiguity was introduced. I seriously doubt if there are any benefits of not having any clue as to the expression result - list or scalar.
Isn't this script much more readable?

Your right - there's no benefit of not having a clue but there is benefit in that the hyperblock functions can be achieved without having to add extra blocks to the categories.

Like I said, when I started learning Python and found it treats
var1 + var2
differently depending upon what the data types of var1 and var2 are - I was like - that's not right!

Now, I'd be fine with more stuff like that in Snap! e.g the + block doing a join if the arguments are strings

To not overwhelm the palette this approach can be useful. With possible JS native extension.

As for string concatenation and coercion, I will prefer

Like I said, when I started learning Python and found it treats
var1 + var2
differently depending upon what the data types of var1 and var2 are - I was like - that's not right!

But what about the simple cases, such as above with the 'numbers from N to M's block, when you do know that something is a list, at least in these cases it would not be impossible?

Once upon a time, there were people who complained about using the same + notation for integers and floats, and even (horrors!) for integer + float, which requires an implicit conversion. Now we've all learned to think "numbers are numbers."

This is a shiny new feature and you're not used to it yet. That's fair.

But checking for "simple cases" isn't simple, and it is slow. And once users started expecting red plus signs, some non-simple case would come along, and they'd think it can't be a list because the plus sign isn't red. And that would be worse than not having any indication at all.

Anyway, what else could [0 1 2 3 4]+2 mean? Especially in the block notation, where the + block is number-colored rather than list-colored (as it would be if it meant something like concatenation).

Isn't this script much more readable?

Yessssssssss!!! :~D (the bigest smile ever on my face)

As for string concatenation and coercion, I will prefer