Generate a list of unique numbers in random order

I've made this to give a list of random unique numbers but I'm wondering if anyone has a more Snap!sh way of doing it 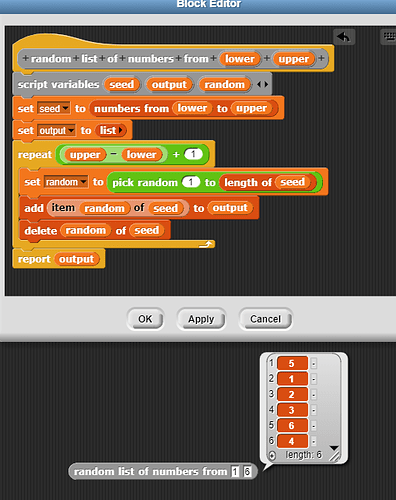 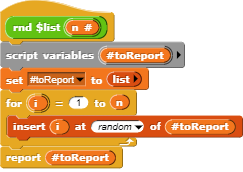 The insert X at random of list is definitely more Snap!ish 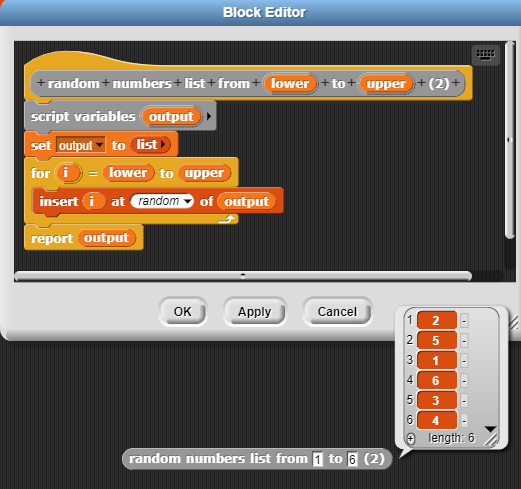 Came up with a more generic one based on @dardoro idea 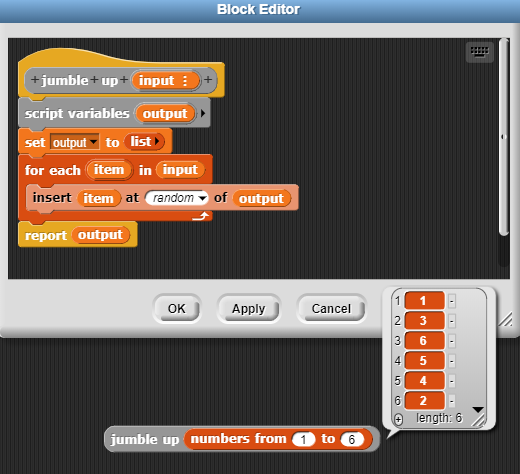 not sure "jumble up" is the best name for it

I think "shuffle" is a better name.

It's a primitive in APL: 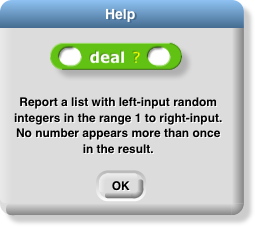 Did you reply to the wrong person?

Did you reply to the wrong person?

Yeah, I guess. I just hit the first "reply" button I saw. Sorry.

9 posts were split to a new topic: Lists, empty lists, mutation, and their vicissitudes

This is an attempt to answer both snapenilk and Brian.

One could define a programming language that insists the EQ be defined in terms of the internal implementation details but why constrain a language is such a way? It seems that Scheme underspecifies eq? but does state "The empty list () is identical to itself wherever it appears." Also on the topic of Scheme it seems eqv? is more like Snap's identical to.