BTW Why do you keep going through colors? First magenta, then green, then cyanish light blue, and now hot pink!

A lot of the bugs that I see here could have probably been avoided by using a real parser... 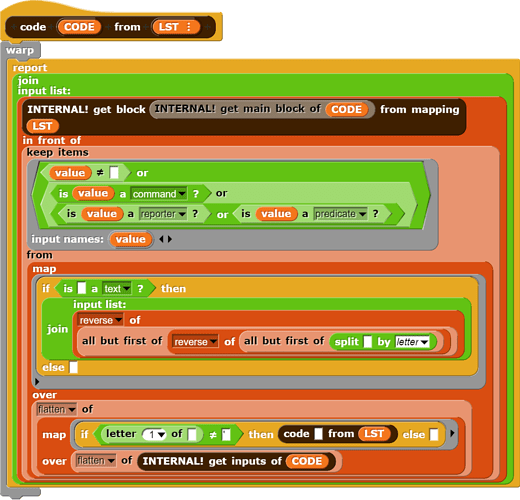 Edit: I've added it, but at the same time broken everything else.

Edit 2: Fixed that, too. @joecooldoo can you extensively test it for me?

What is variadic inputs again?
EDIT: I remember now.

???
Variadic inputs are the ones common to all of these:

That's how you spell it, right?

No, it's "variadic". it varies, thus the "vari" part, and "adic" is an adjectivizer.

Huh. My computer marked it as spelt wrong.

And my computer thinks "verdiac" isn't a word.

Anyway, have you found any bugs?

Anyway, have you found any bugs?

No, but you haven't updated the MAP SNAP BLOCKS block yet. And some others.

What is new about them? What blocks am I missing?

What is new about them?

I added regular codification into the mix.

I won't do that now, because it's too much work.

No. you just need to import a few blocks and they will get replaced.

Is that a "what" as in you don't know what that is, or as in that you're surprised?

don't know what that is

It's codification remade with custom blocks, which allows you to have multiple mappings at the same time.