Algorithm to convert timestamp to a human-readable datetime

I've just naively transcoded it to get the basic time elements using it. 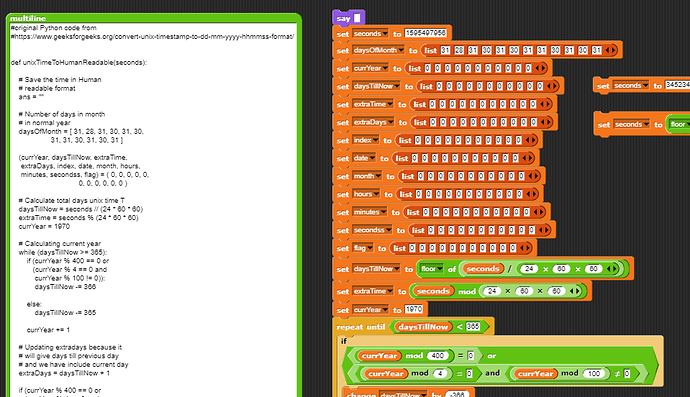 I'm now working on turning it into comprehensive timedate library block(s) - this make take some time ....

Hmm.. Very similar to this block:

But very good as well, where did you get that code?

Have you got a link to that block to save me having to carry on? 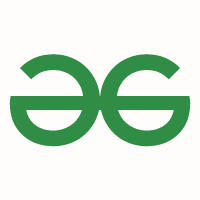 *Note: Requires Internet access to https://worldtimeapi.org/api/ip to find out your time zone 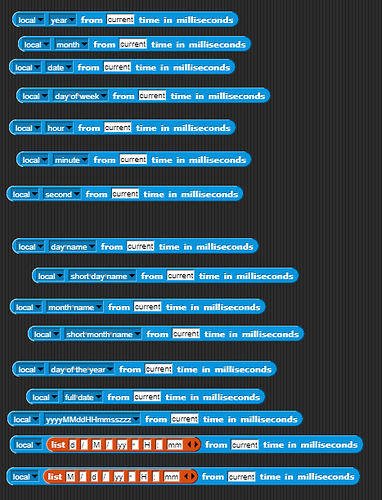 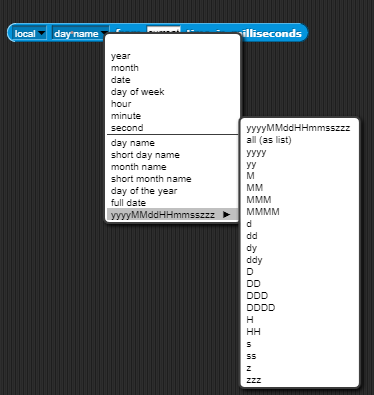 You should make the input for it read only

I haven't come up with a workable method (apart from one really, really slow one) for dealing with timezone/DST offsets

So, for the moment, I'm just going down the route of people having to add in their own timezone offset (if wanted/required)

If offset = 0, then the values returned will be in UTC, not local time as the built-in reporter uses

As well as the reporter returning a standard yyyyMMddHHmmsszzz datetime string, I've also made it return pretty much every format you'd want 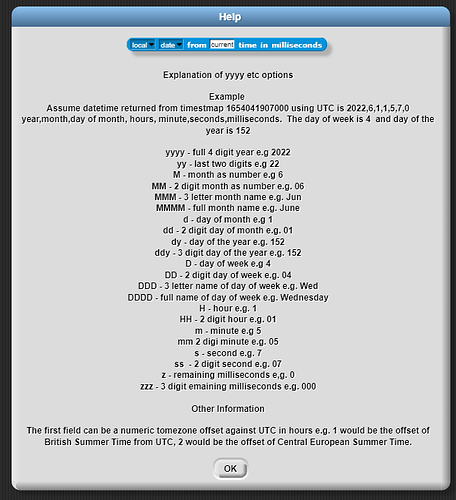 And now you can request your own datetime formatting
e.g
d/M/yy

It doesn't make sense why we format it like that, but at the same time it also makes sense, because when writing a date out in full we say June 17th, 2022.

The current method requires your computer has Internet access to the https://worldtimeapi.org/api/ip address

Just discovered that timestamps can be negative so now working on making sure the blocks can deal with that!

This is a wonderful rabbit hole I'm down

I've never heard that before, but I would know what it meant.

*Note: Requires Internet access to https://worldtimeapi.org/api/ip to find out your time zone

Good idea - it could store the offset in the browser database and then if Internet isn't available but a previous offset is available then it could use that.

Would only give wrong result if someone moved timezones with a laptop and didn't have internet access at new location.

Which would be a very rare event hopefully

Maybe you could use the built in date blocks to determine the time zone by calculating the current UTC hour from the time in milliseconds, and compare that to the result from the time in hours. This is assuming those results are affected by the user’s timezone.