Snap remake of an old Scratch project i made awhile back. pretty happy with this one.

Nice, except it assumes a monospace font, so the cursor is displayed way to the right of the actual text.

is there a way to change the font? i used the write [] size () block, for me it shows up as monospace. originally i used costumes for each letter so the font was predetermined, but the block is quicker and shows up better so itd be nice to have that same consistency

You would have to manually make each individual pixel for each character in a new block.
Or at least I think so

That is really good!

You have to change the costume and stamp on the stage

This is my remix using the stamp block...

Not perfect but it's working !

thats how i did the original version on scratch which works great but snap slows down at ≈ 30, 40 characters doing that screen scanning method. the write block is much more suitable but i dont understand how the font is determined. as long as it is monospace its no problem because i can find the character width and use that to calculate cursor / mouse positions, but ig some people get different fonts idk ill figure something out

but snap slows down at ≈ 30, 40 characters doing that screen scanning method

try to erase and redraw only the last modified line instead of all lines.

This is epic, mate. It could be improved though. Like maybe adding a light theme, more fonts and font sizes. But it's a very nice job. Kudos.

Welcome to Snap! @schoolin!
It is very hard to make custom fonts, but light theme I agree.

It could be improved though.

Text editors can always be improved. Except for Emacs. The best way to improve an editor project would be to make it more like Emacs. Start with the easy things to implement, such as meta-E for move to end of sentence, then work up to keyboard macros, and finally add a Lisp interpreter inside it. ;~)

why does this emoticon remind me of the apple face 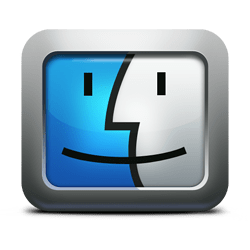 i've been thinking of making a custom fonts solution before. maybe a block pack. but i dont know how I would do it. I could use pen, but that would take a very long time.

If you're okay with it using JS, I have a block like that in my Custom Blocks.
You can set the write block to write in any font supported by your browser.

emacs better watch out for my snap text editor

emacs better watch out for my snap text editor