this morning - found it was failing when entering a repeat until loop with 2 or'd conditions and it turned out it was the rgba test one that caused the issue. 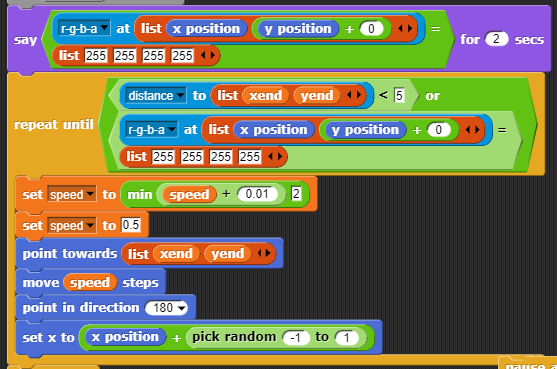 At this point in debugging, it occurred to me to try project on another computer - and it worked fine so I closed and restart my browser on main machine and it all started working again

Like I say, not seen/had this sort of difficult to debug issue before - Snap6 has been VERY solid with me until this point and hopefully it was just cosmic rays altering one bit in my RAM chips!