Sprites that detach themselves when pressed should be dragged independently

When you press down on the part, it detaches from the anchor as expected. But when you begin dragging, you start dragging the anchor, while the part doesn't even move!

I believe the correct behaviour here is for the drag to be initiated on the part itself, rather than the anchor.

So, since we are in the middle of a mouse-pressed event, all mouse movements are going to apply to the anchor 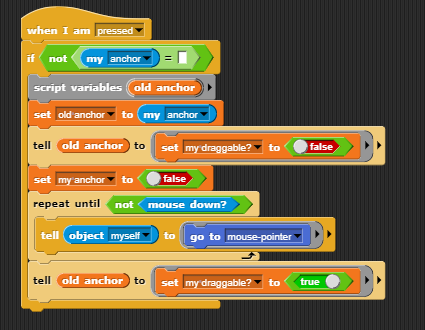