That's not a paradox. The user running the block is different than the block running itself again.

I'm creating Super-Snap!, a Snap! mod that fixes many bugs and adds new features like this error:

I made a help picture for this script. 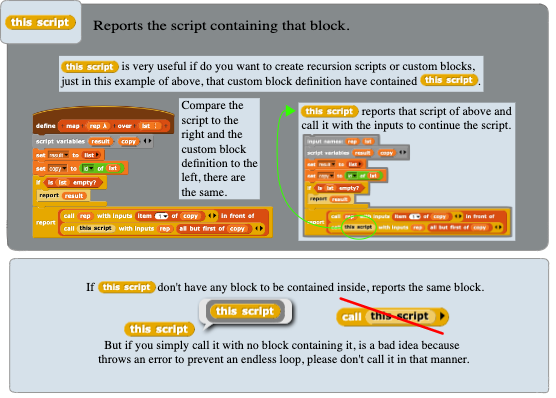 You can try to implement this using either a recursion limit or a macro.

(whats wrong with the flaggers?i dont think that posting jokes about snap is spamming?)

Isn't a recursion limit or a macro, just is an looping misfeature, when you posted your joke before the actual replies probably attracted newbies that were doing that because posting only an image instead of a complete post with detailed information is not a joke, is a trap, and I see your posting period, what happened to you?, please post if you are serious with doing that, just publish useful data, not useless, ok?

Ok, take care of yourself, don't worry, you will be a good guy too.

a script that calls itself isn't really any different from a forever loop.
i get the feeling that you have other "helpful errors or fixes" that have their own issues too
i also find it odd that you don't have your own thread for this or any link to the project.

In that case don't throw errors because that loop have previous blocks, I programmed that like the help picture that I did, only throws an error if the script don't have previous blocks before the run, launch, call and others, thanks I considered this, thank you very much.

I build this script and no errors have, the middle block is a primitive and is now thanks to the Scratch's experimental blocks now in Super-Snap!

Newbies now are happy because of you @sarpnt for explaining about this.

The help picture is now fixed. 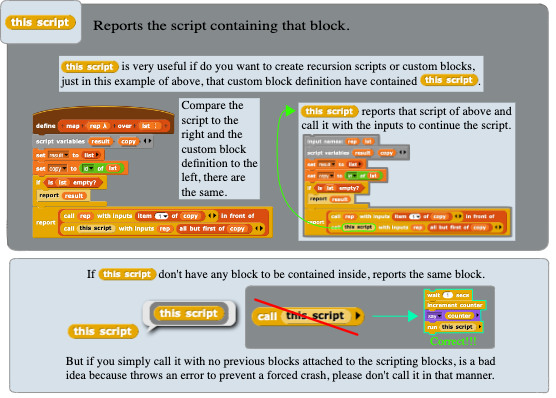 I’d like to return the compl … (sorry, I’m still ROFL