Yeah. That could work!

I made it so if the first pixel of a costume is a very exact number, it checks out. And it works!

Pretty smart as no one can really see that one pixel.

For some reason though: 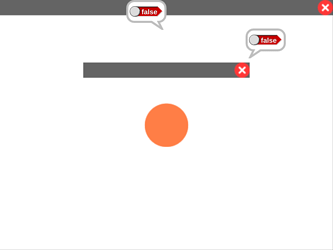 Maybe they're on the same layer.

Not possible without using javascript.

Try setting the layers of each clone based on which one was clicked/created last. Maybe? I don't know.

The only last option is to make a variable that keeps all this data.

It kind of sorta worked. I think I'll just leave that bug be. It's not a very big bug anyways.

It is not dragable.

This is called a windowing system.

A lot of people like to call it a Window Management System. Anyways, how do you like it?

I like it, but you should add a taskbar.