I'm working with a custom block similar to the Launch block, as well as a few custom reporter blocks, and I'm having trouble getting the custom Launch-type block to correctly identify the types of the report blocks.

In the screenshots below, I have set a variable temp to display how the Play Tracks block is parsing the input parameters. 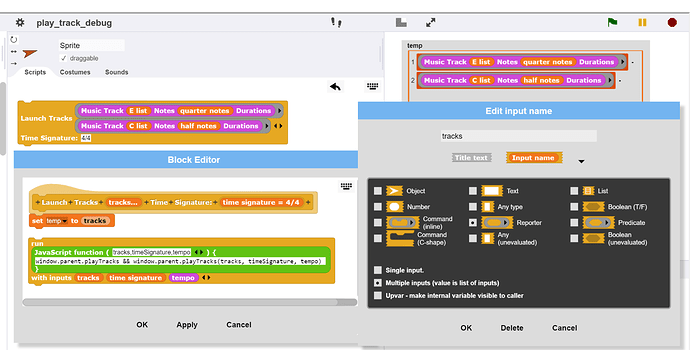 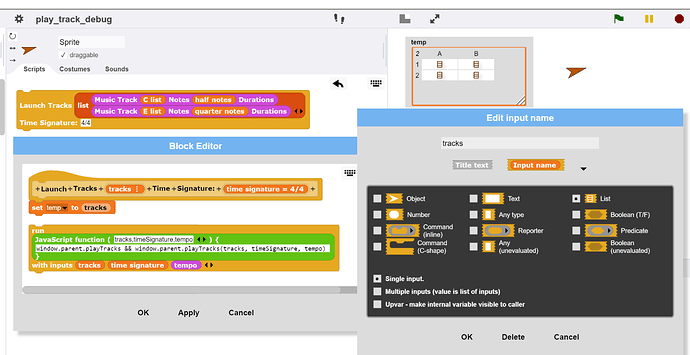 The second image works, while the first does not. Thanks in advance!

The problem is that you're using flat design. (Just kidding.)

Thank you so much for your response! Your input fixed the problem immediately; I made the input type a list and allowed for multiple inputs.

The problem is that you're using flat design. (Just kidding.)