Importing a library: the preview is not displayed 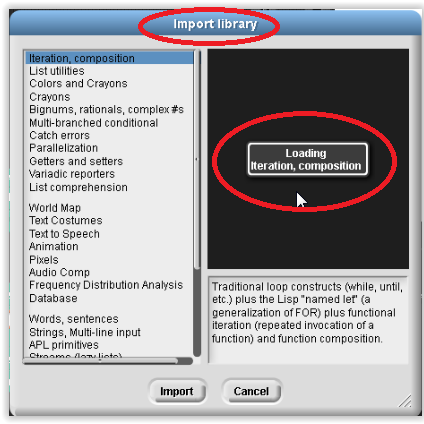 Normally, an image of the library blocks should be displayed...

I now use firefox instead of chrome. When I noticed the problem in firefox, I checked if the problem was happening in chrome: the prewiew was showing in chrome... Later, as of this post, I go back to chrome so I can do a printscreen : the preview is no longer displayed in chrome!

Could this be an intermittent problem?

I tried to reload the page: still the same problem...

Confirmed - same issue for me 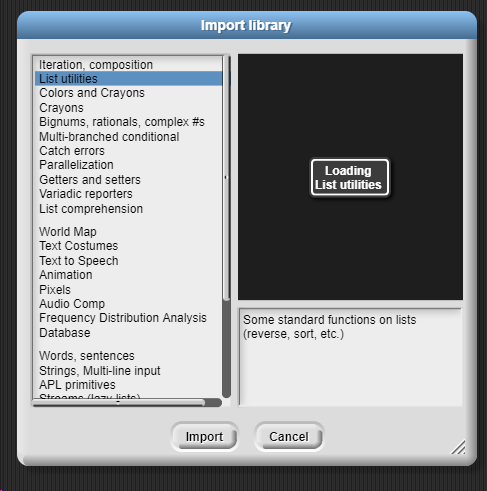 yeah, the libraries still load, it's just the preview. Will be fixed in the next release sometime next week.

As of May 2022 the preview is still not displayed. Is a browser setting responsible for this behaviour?

prewiew was showing in chrome...

Ya know, I thought that too. The longest i can possibly stay is until Monday, but then I HAVE to give it back.