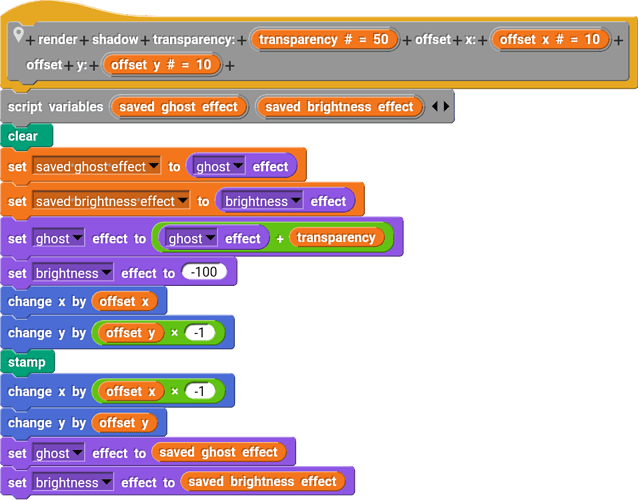 Here's a example on how this block was used:

What have you done?
And what are the controls? I tried Space, Arrow keys, and WASD, but this thing just ran up and ended the game for Mario.

You have to click on (or touch) Mario to make him jump, which is also used for stomping goombas, but most importantly, Peach has to kiss Mario 30 times, which is achieved by clicking (or touching) her 30 times per kiss.

Made another example on how the block was used, only modified: 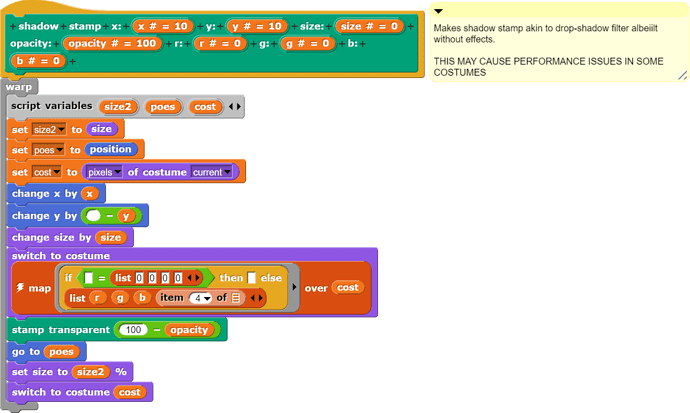 This script will allow you to make colorful shadows. But a bit slow

Also uses a block called stamp transparent which stamps the sprite with ghost effect set to a different ones. The opacity input is the transparency input. This version also allows you to set spread radius (Having bigger size)

When the ostensible butterfly (i used a thesaurus accidentally, i look so smart now) is pointed left, it causes some significant slowdown on the project. That is most likely not your fault. Umm I probably should create a new thread about that.

block is called twice in a row without reason.
Once in a forever loop in every sprite and by the Stage script

Shadow is not rendered correctly for overlapped sprites.

can be achieved with 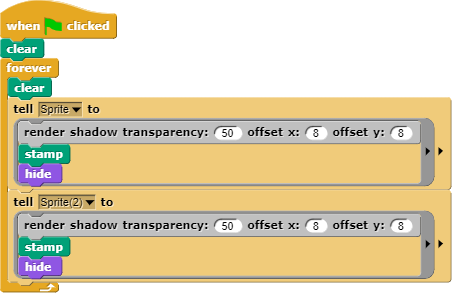