To be specific, Minecraft Bedrock for Windows, version 1.18.2.

Serial Ports are only used for Microcontroller programming, I believe. So no.

I'll tag @jens to see what he thinks about it.

I'm willing to make a server for it if I have to.

There's a Russian company, https://progkids.com/en, that has interfaced Snap! to Minecraft. They charge money, though.

You've exhausted my knowledge of Minecraft. But I imagine you could build an interface to their API with the web services library. 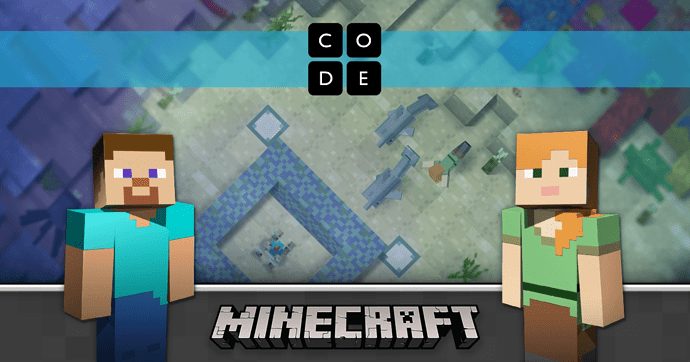 Minecraft is back for the Hour of Code, and you’re the hero! Write code to journey through Minecraft biomes.

Found this once on code.org

Java cost more money than Bedrock and Java updates normally come out before Bedrock. Bedrock is used on Mobile whilst Java is PC only. There is also Xbox editions such as Xbox 360. Bedrock is playable on PC too.

You cant get Java on mobile. Java cost more than Bedrock overall.

Yes, it's possible, through code connection (made for education edition, but still works with bedrock). I know there is a way to make it somehow connect through snap, but I just don't know how.

You cant get Java on mobile.

Technically there are launchers for Java on mobile. 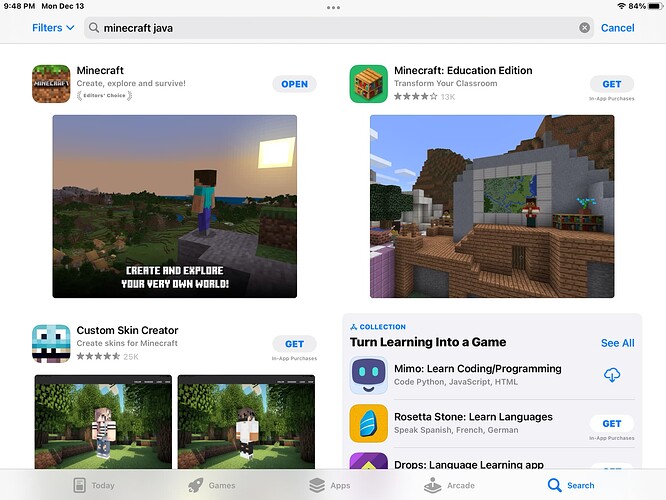 I don't know how to do that.

I can't remember what it's called. I'll look on my Android emulator.

He was just in the apple app store. I have seen java edition on android, but it's not possible on ios.

There was another one, I can't remember the name of it either.