Okay, so I've been working on this thing that displays characters using a character set. 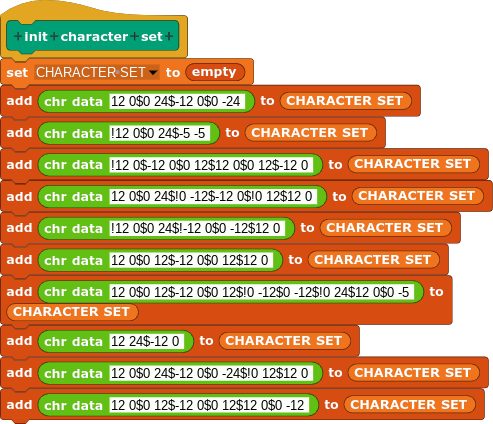 The dollar signs represent where to split the string since the numbers between the $'s are supposed to be positions. The ! means NOT TO MAKE A LINE but instead move the sprite.

i suppose that didn't make any bit of sense

There's an error saying "expecting a ring but getting a text"

Yeah, but it should still print any number you put in there

Interesting, and it display big numbers...

What is the origin of the character set? Did you have a pattern for letters?

The goto xy block can be used in place of the glide block: more effective in this case

You can also delete the do in parallel block. 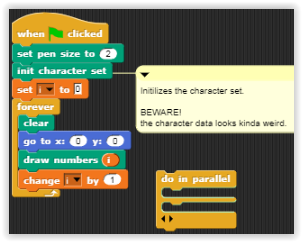 The glide is needed.