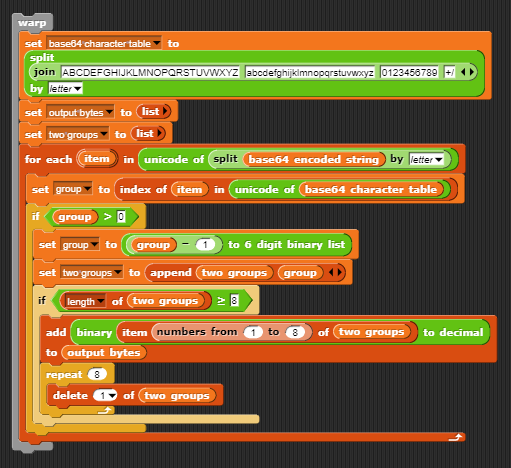 It's very naive and takes 22 seconds to decode a 100x100 encoded image on my computer!

So, if anyone fancies improving it (no JS of course) I'd be really grateful

The final image should look like this (it's a tile of part of an earthnullschool.net wind map) but the decoder must decode the simple ones as well in order to be compliant

[edit Originally it was taking 300 secs but I'd made a mistake with encoding the data in the 1st place - all OK now - output bytes should be 40,000 long if processing the tile image] 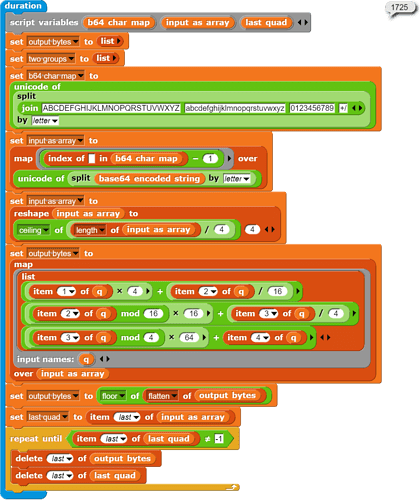 Actually does it in 679ms on mine

Thank you very much

Compiled map makes it twice as fast on my computer

I've made a few cosmetic variable name changes, added padding if needed and made a custom reporter out of it. 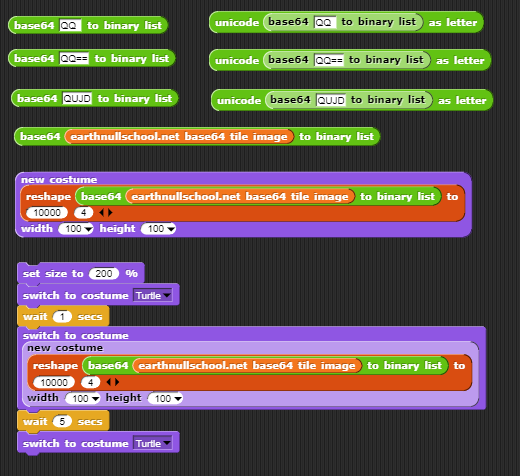 Thank you once again

Although the new version

is twice as fast as the previous one, it still pales in comparison to JS

Because the complied version doesn't yield while its running, I'm not using it on large images