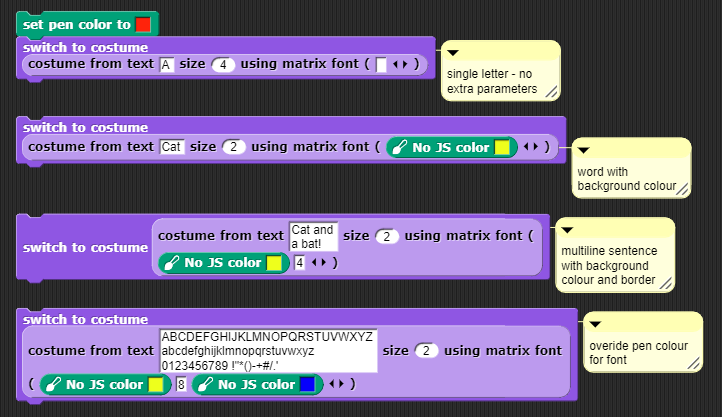 The fourth one takes ~1.6 seconds for me. That's pretty slow.

It's not been speed optimised and it's all deliberately done in native Snap! without any use of any custom JS blocks

Part of it could be the long input.

Yes, that's probably it, along with pixel calculations.

Once Snap! 7 is released, I can rewrite them using some primitive helpers and then it should be comparable with the library block but with more features

I guess. (I haven't actually timed the library one, but for me, it's pretty much instant.) 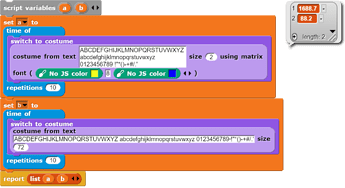 My times were for the single char scenario

I got it pretty consistently 670 to 700 milliseconds with a warp around the entire block.

Have you got a data source for one? I'd try it out

Would a Snap! project work?

What about capturing font pixels with Snap

Just a block that runs the following script: [Cool Custom Blocks script pic (1)] This script does work and sets the font for pen writing. I was wondering if we could get a block the does this (in the pen category of course) in maybe Snap! 7.0?