What?
All I did was edit a costume, that's all I did, nothing else, just import the XML file (I made it offline), go to the costumes tab, and edit Alonzo, that's all 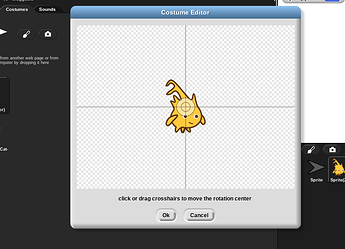 I refreshed, but it took an extremely long time to load, is snap okay?

And yes, the image editor needs to be remade, they just haven't gotten around to doing so.

Yeah you can, just not imported apparently.

You can edit vector images if you made them in snap, but you can't when you import them

Welp I guess I'm going to scratch to edit the svgs

You posted this four minutes after your original post. It's completely unreasonable for you to expect a moderator to respond instantly, no matter how impatient you're feeling.

just import the XML file (I made it offline)

I'm glad you got a satisfactory response to your problem, but let me make it clear that we're not responsible for things that go wrong when you make XML files outside of Snap! and then import them.

(By the way, we know that both paint editors, bitmap and vector, need a lot of work, and we'll get to it.)