Can you make the (message) reporter not a dev-mode only block?

And it's an old, deprecated block that's likely to be removed at some point

yes there is. Heres an example from my script 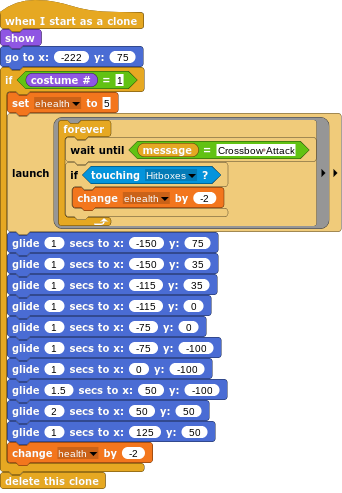 we can use it as a [scratchblocks]when I receive [ v]::control[/scratchblocks] hat without the script being in it

You can easily move the launch block script to a when I recieve block.

it is not in the when i start as a clone, so no, i cant

Is it really that hard to do this? 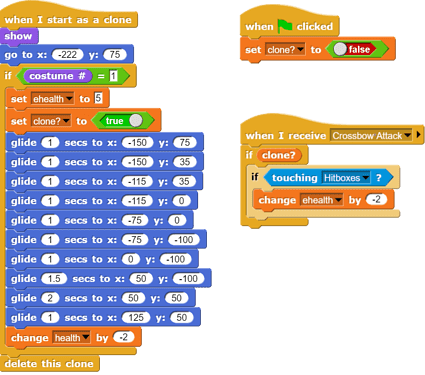 (clone? is a sprite local variable)

also, they're never gonna remove the message reporter, because if they did, older projects that use it won't work anymore.

is it really so hard to make message a non-dev-mode feature?

When this happens in language, then it's likely to be removed in a new version without further notice.

It's only been kept in the background to let old projects still work.

Move with the times

The workaround is trivial to implement

This is terrible, comparable to using WAIT () SECS to synchronize two sprites's actions. You're basically scraping other scripts's messages. If another message comes in before you're scheduled to run, you'll miss the Crossbow Attack one.

In your example you could just use WHEN I RECEIVE. There's nothing in that LAUNCH that does anything fancy with script variables and such. If you were doing that LAUNCH in another sprite or something then you might have a case.