Bugginess is becoming a nightmare

SNAP bugs are becoming a nightmare, students are losing work, every time students open the costume browser their computers crash or they lose their work. In the latest example, This student's project mysteriously deleted all costumes from all sprites, then wouldn't recover the previously saved version.

Most of the issues involve Chrome 77, but we have no alternative as software is strictly controlled by the district. Is there any way to revert to SNAP v4? Considering how much time is being lost, and in light of the massive lost-work conundrum of 2017, we may have to find another platform.

sorry for the problems, and thanks for sharing the project. I'm investigating this now.

Thanks for your reply and for looking into this. If you have a chance, would you mind looking at this project and seeing if it's possible to recover it? When I try to open it, I get a "load failed: type error: cannot read property 'attributes' of null" message; this happens in any browser on multiple computers, and it will not allow me to recover previous versions.

Hi Dane, I'm looking into the other project as well. I'm encountering the same issue as you are, so it's reproducible...

Okay, I'm sorry I can't help you with the Asteroids project, this is something that's gone awry on the backend side, maybe @cycomachead or @bromagosa can have a look in the data base...

Regarding freezes and hangs, I'm afraid we can't do much if you can't update from v77... Snap v4 wouldn't help, either, because the costumes bug is in Chrome, not in Snap!.

I'll try to take a look at recovering this particular project, but again it's very suspicious that every single user that has had this kind of problems was using v77. I understand you can't update Chrome yourself, but can you use Firefox instead just to confirm whether problems still occur there?

This is why I prefer to use a portable version of Chrome (because the portable one can't force an update) and I only manually download any new version when I want to.

I wonder why schools don't use portable versions, which can be run from either a USB stick, or from a local disc, or even from cloud disc? 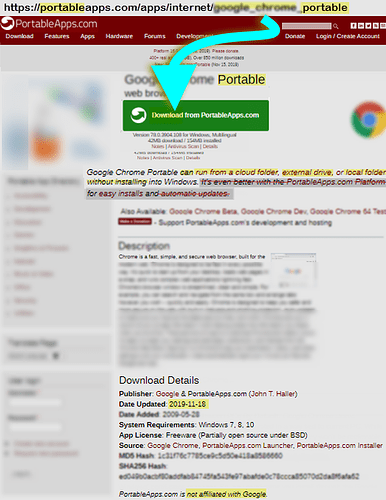 I wonder why schools don't use portable versions, which can be run from either a USB stick, or from a local disc, or even from cloud disc?

Because they don't want kids to be able to run software they bring in from some USB stick! They'd quickly be drowning in malware.

Thanks anyway for looking into this. Hopefully the district pushes Chrome v78 soon.

I didn't say kids should do it, but CS teachers (who probably know what they are doing) could be trusted to use the portable version. If a district thinks that CS teachers are not to be trusted with choosing software, who they think are then?

Hi, we are using Chrome 78 and ran into the issue where the backgrounds and sprites are gone as well. Can you look at the following project and see if it can be recovered?

do you have an earlier version of this project where the costumes are still intact? That would help me investigate what's going on.

Sorry, I don't have any early versions. But, if you click on the costumes for the sprites you will notice some have random strings and others have strings like media

Yes, I'd like to find out how the original costumes could become broken. Was IE involved at any time? Because I've myself seen this very behavior on IE...

As far as I know the only browser used was Chrome. Is there any way to recover the images? This is a project one of our students is working on.

If Chrome v77 was involved at any point, it seems the images will have become empty PNGs upon save. I've checked all backups and it seems images are gone from all of them

The thumbnail of the earliest version saved seems to indicate that costumes were still there back then:

But all costumes are empty in that version, too.

The only costume that survived is the "game over" one, which I suspect was already created in Chrome v78. Is that the case?

I thought v78 was okay. I woke up this morning to a mailbox exploding with complaints about missing media, so either they broke Chrome again yesterday evening, or it's our bug. Thanks for the report.